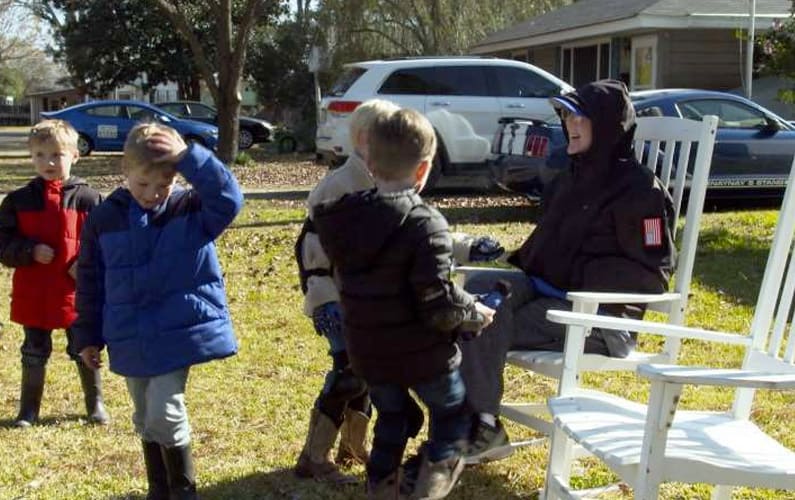 Gene McGehee couldn’t believe his good fortune. When the 91-year-old stepped outside his house in Vidalia, Louisiana, this week, he discovered a bunch of kids from the daycare across the street who were willing and wanting to include him in their fun.

McGehee also met the daycare teacher, Megan Nunez, and asked her for her name. “Every day I cross the street and we meet again,” Megan said.

Again – and again — every day for 3 years now, Gene has been meeting Megan for what he thinks to be the very first time. Gene has severe dementia, and can barely remember his own face.

His daughter Cathy says he also suffered from loneliness — until those daycare kids came into his life.

“Oh my goodness, they have been such a blessing to daddy. And he lights up,” Cathy said.

Be Kind . Be Grace . Hold Space for Each Other