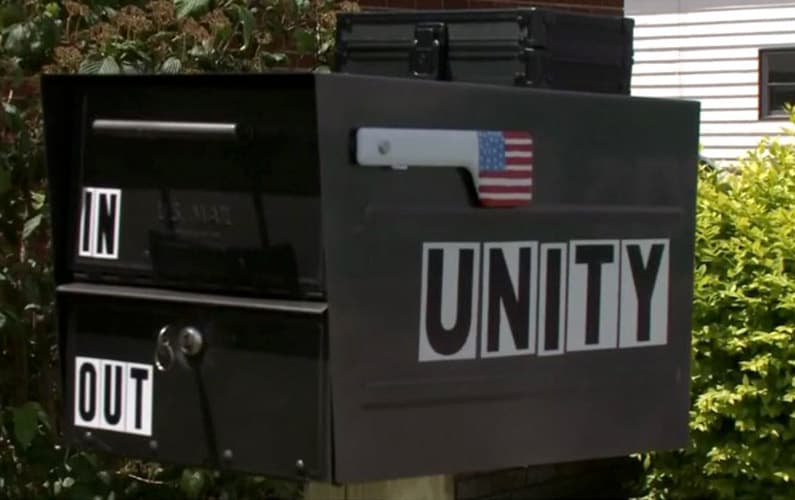 A Geauga County family is using a simple mailbox with the word “unity” on it to spread peace and understanding.

A father and son in Chesterland are using their mailbox to share messages of love and kindness. They are letting people take a message and leave a message at the mailbox on Mayfield Road.

“Just messages that you would want to share with your community and ideas you want to get out there, basically to better ourselves together to get people off the social media for a second,” they told 3News.

You can write and inspirational message, leave it in the box and then take another for yourself.

If interested, you can find the mailbox on Mayfield Road in Chesterland. 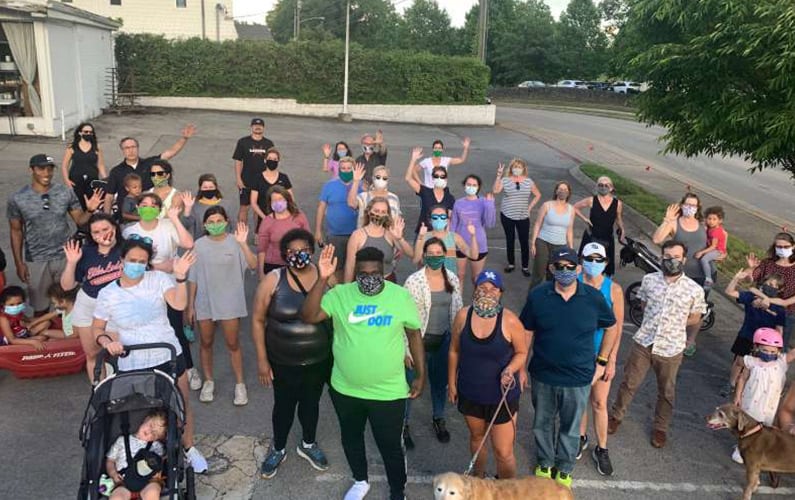 A Neighborhood Unites in Nashville

A black man was afraid to walk in his gentrified community. So 75 neighbors walked with him.

Shawn Dromgoole is a 29-year-old black man who has lived in the same Nashville neighborhood his entire life.

His family has been in the neighborhood, known as 12 South, for 54 years. But Dromgoole said that since he was a child, he felt an unease in his hometown, acutely aware that few people looked like him.

“Growing up in my neighborhood, I could always feel the eyes, the looks and the cars slowing down as they passed by me,” said Dromgoole, who was recently furloughed from his job at Nordstrom as a logistics processor.

As a young man, Dromgoole watched from his window as the neighborhood gradually gentrified before his eyes: Black families moved out and white families moved in. With each passing year, he felt more and more unwelcome, he said.

Those feelings grew in recent weeks when he heard about Ahmaud Arbery, a black man who was out jogging in Georgia when he was shot to death, and then George Floyd, a black man killed while in police custody in Minneapolis.

“What happened to these men could easily happen to me,” said Dromgoole. “I became scared to walk past my porch.”

There were also frequent postings on Nextdoor, an app that connects neighbors, warning residents to look out for “suspicious black men,” he said.

“Yesterday, I wanted to walk around my neighborhood but the fear of not returning home to my family alive kept me on my front porch,” he wrote.

Unexpectedly, responses from his community started pouring in. Neighbors, none of whom Dromgoole had ever spoken with, asked if they could join him on a walk.

Last Thursday afternoon, Dromgoole notified his neighbors that he was going for a walk at 6 p.m., and anyone who wanted to join him was welcome.

Dromgoole tied his shoes, ventured off his porch and walked to the meeting spot in a nearby parking lot.

There he found 75 people waiting for him.

“I was so overwhelmed, I still can’t find the words,” said Dromgoole. “I never wrote that post thinking people would want to walk with me.”

The group strolled for almost an hour together, with Dromgoole leading the way as his neighbors followed closely behind.

“It was the most amazing feeling,” said Dromgoole. “Everyone was in masks, so you just saw a sea of people, and you couldn’t even tell what color skin they had.”

The walk resonated with the community, too.

“It warmed my heart to see the acceptance that Shawn had,” said Meitra Aycock, 54, the neighborhood association president, who joined the walk. “He could have held a lot of anger in his heart about the way he has historically been treated in our neighborhood. It was very meaningful to see how open he was.”

Another resident who joined the walk was Carol Ashworth, 62, who has lived in 12 South for more than 20 years.

“When I first moved here, I was the anomaly,” said Ashworth, who is white.

She, too, watched as the neighborhood transitioned from predominantly African American to mostly white residents. She said she understood Dromgoole’s unease, especially given the recent neighborhood message boards that warned residents to look out for black men.

“We started seeing postings about suspicious black men in the area,” said Ashworth. “Shawn’s feelings of fear and isolation were not unfounded.”

Ashworth responded to Dromgoole immediately after she saw his post about his fear in the community.

“I was so grateful that he put his feelings out there,” she said. “I wanted to do anything I could to dispel his fear.”

Ashworth said she and Dromgoole have bonded over this experience, shifting from strangers to friends.

“He brought me flowers and we’ve gone walking a number of times already,” Ashworth said.

The two of them are organizing a second neighborhood walk for this Thursday, and the walk has been bolstered by local media attention.

Dromgoole is hoping to make the neighborhood walks an ongoing ritual, even beyond his own community.

He wants to take his walks across the nation, starting in Brunswick, Ga., where Arbery was killed; Miami Gardens, Fla., where Trayvon Martin lived before he was fatally shot in 2012; and Cleveland, where Tamir Rice’s life was taken in 2014.

“I finally feel seen,” said Dromgoole. “I feel like I’m a part of something.”

Dromgoole is hopeful that his story will encourage others to walk together, in solidarity and strength.

“Because when you walk with your neighbors — and you know they really see you — the world becomes a better place,” he said.

On a personal note I want to share below a video that was created during this time of pain and awakening of one of my Aunt’s songs, ‘I Believe’, written and performed by Linda Allen.

I wish for you and your community

Peace, Love and a Promise for Better.