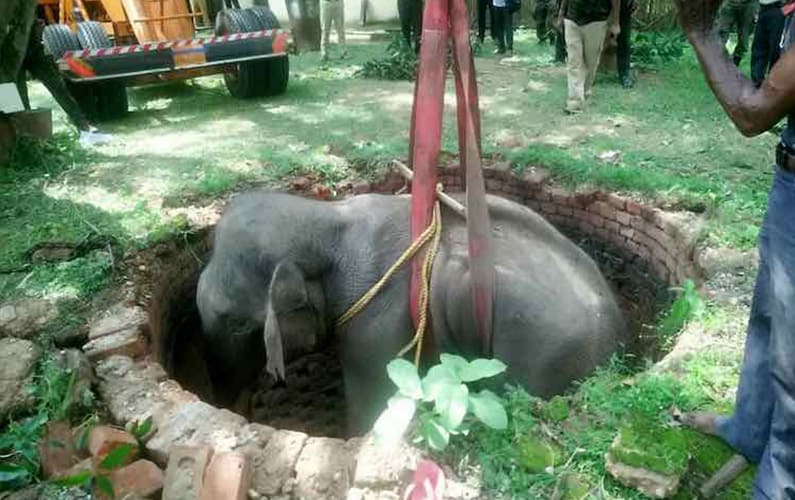 This is the heartwarming moment that dozens of Indian rescuers rallied together to use a crane in order to save an elephant trapped at the bottom of a 20-foot well.

The massive rescue effort took place last week close to the Panagar army camp in Jalpaiguri, Western Bengal, after the elephant strayed out of the Bishnupur jungle and into the well.

Army officials realized the elephant was trapped inside the well after hearing a noise coming from deep inside.

After they found the distressed pachyderm, the military officers threw in some food for the creature and called the Burdwan Forest Department for help.

Video footage of the delicate rescue operation shows how the team used a crane to hoist the huge animal out of the well and onto the back of a truck so it could be taken to an examining room for evaluation of any injuries. (Video Link)

The elephant was kept under close supervision for a few days before it was successfully released back into the wild.