Inspiration – A Blind Quarterback who Never Gives Up 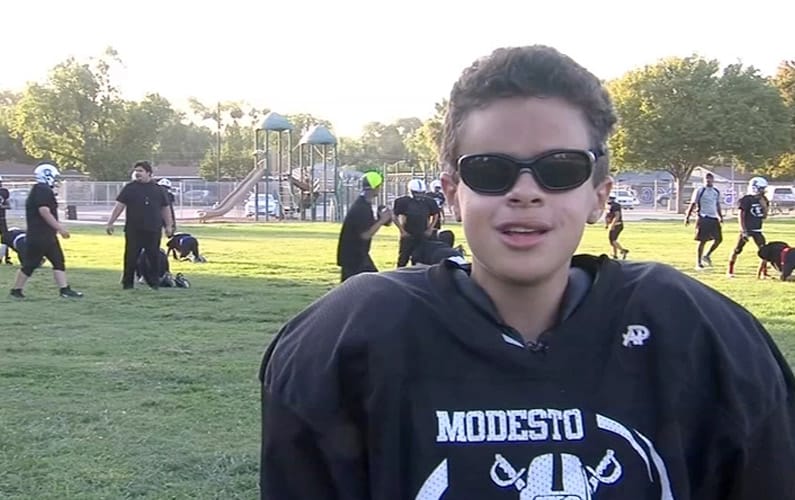 When Jason Bracy lost his sight at age 7 to retinal cancer, he refused to give up on his dream of playing football.  Bracy, 15, started calling coaches in the area until the Modesto Raiders agreed to take him on.  He memorized every play and where each player was supposed to be, impressing his coach so much he was named the team’s starting quarterback.  With the help of his dad, who guides him from the sidelines with a walkie-talkie to a speaker in his helmet, Bracy recently led his team to a win over a team that had turned him down.

“It’s all memory.  It’s all about having trust in the players, the receiver, and the team,” Bracy said.  “I have to trust them 100 percent”.

Jason Bracy’s spirit and determination has showed his community that with the right support and a passion for the game, anyone can play football … and Jason has big dreams of one day making it to the NFL.

be kind . be grace . support each other .