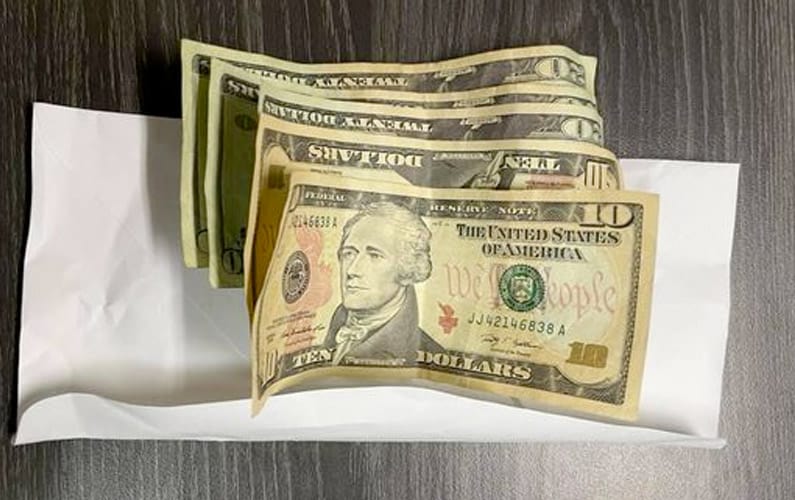 An Oklahoma City imam highlighted interfaith unity in his community after a teenage girl, who identified as Jewish, asked him at his mosque to donate her babysitting money to help Palestinians.

The imam, Imad Enchassi, said he was working outside his mosque last week when a car dropped off a teenager in search of the imam.

She arrived Wednesday between prayers before sunset, and the only person there was Enchassi, who was wearing gym clothes and a cap while he did yard work.

He said the teenager was carrying an envelope with $80 and told him that she wanted it to help a family in Gaza.

“I want you to tell them this is from a young Jewish girl that worked all week babysitting. And that we love them and feel their pain,” Enchassi said she told him.

The gesture, which caught Enchassi off guard, inspired him to write about it in a Facebook post that has been shared 4,400 times and has received hundreds of comments.

“Humanity is marvelous indeed,” he wrote.

“Kindness, humility and love has no boundaries of religion, race, ethnicity or nationality,” another wrote.

Enchassi, who is Palestinian American, said one of his congregants lost several relatives in Gaza during violence between Israel and Hamas before the cease-fire.

So when Enchassi was given the gift, it left him “emotional,” he said, and he told the teen her act was “awesome.”

The imam said the teenager didn’t give her name when he asked, which he interpreted to mean she wanted to remain anonymous.

“For this young lady to come — I’m just imagining my teenager, my teenage kid and their strong sense of social justice and their strength,” Enchassi said. “So I can see that it’s … her heart being poured out for the people of Gaza.”

Enchassi said that he didn’t get a chance to ask but that he believes the donation was prompted by a recent rally the mosque hosted where a member of his congregation spoke about losing 14 of her family members in Gaza.

“You know, losing 14 members of your family is extremely hard,” Enchassi said. “So she was shaking, and her voice was breaking, and it affects everybody’s heart. I mean, it was a speech that spoke to people’s heart and to people’s humanity.”

The teenager’s act of kindness came after airstrikes between the Israeli government and Hamas last month. Violence erupted after Palestinians protested the removal of Palestinian families from land claimed by Jewish settlers in the east Jerusalem neighborhood of Sheikh Jarrah.

Reports of antisemitic attacks increased over that time and after the cease-fire. The Anti-Defamation League, a Jewish civil rights group, said its preliminary research found an increase in online and real-world incidents of antisemitism during that time.

It’s not unusual for local Jewish and Muslim residents to come together to raise money for groups, but it did stand out when the teen took action on her own, Enchassi said, noting that the Oklahoma City community is home to an interfaith alliance.

Enchassi wanted to share the anonymous donation in the wake of antisemitic sentiment to distinguish between religious identity and political norms.

“My heart breaks for any violence against any religion in the United States that is perpetrated by hate,” he said. “So, as Muslims, we know the feeling, and we know how bad it is to generalize about a certain religion … and definitely, we could relate to antisemitism from that perspective.”

Imam Enchassi and his family

be kind . be grace . hold space for each other