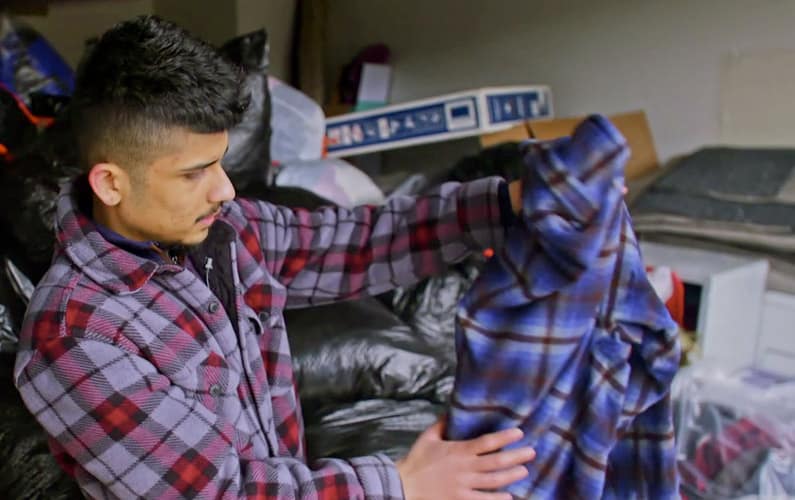 After moving from a refugee camp in Nepal to Salt Lake City, Utah, 18-year-old Ashis Dhakal knew he wanted to give back to his community.

He told TODAY show’s Hoda Kotb that while he was mocked for his Hinduism, it was that faith that inspired him to start Ashis Collects Clothes, a charity that organizes clothing drives and donations for people in need.

“I got bullied in school … they called me a terrorist and stuff like that,” Dhakal said. “I practice Hinduism, and in Hinduism, service is very, very important, because, you know, we’re taught to give, and even if you don’t have anything, we try to give as much as we can.”

A few years ago, while working at a local KFC, he met a man who was homeless. While cleaning tables, Dhakal and the man connected, and the man shared his story about how he became homeless.

“One of the necessities he needed was clothes, and so that’s where I got the idea,” Dhakal explained.

“With that project, I was able to bring so many people together and change so many lives,” Dhakal said. “My biggest ‘why’ in my life is that as a young child, going through poverty, I was in the same shoes as they were in right now. I have a house. I have a computer now. I have a phone. But think about it. Those kids are still suffering. What I can do is better others so that, you know, they can give back to their community.”

For Dhakal, Ashis Collects Clothes is just a start: In the future, he wants to own a multimillion-dollar business that focuses on giving its money away to help others. To help him meet that goal, Hoda introduced Dhakal to “Shark Tank” star Mark Cuban, a philanthropist and billionaire entrepreneur, who is also one of Dhakal’s heroes.

“Mark Cuban is a great, great, great entrepreneur/philanthropist,” Dhakal said. “The work that he has done for his community is awesome. I want to be on his level someday.”

Cuban, who said that he knows what it’s like to struggle and want to give back, gave Dhakal a specific goal: Collect 575 coats to give away to those in need.

While Dhakal first struggled to collect coats, he used a piece of advice from Cuban to give himself a boost: He networked with Amy Dott Harmer, who works at Serve Refugees, a local organization that connects refugees in the area. In days, Dhakal was receiving piles of coats.

In four days, he collected thousands of coats, far surpassing his initial goal.

“You’re setting an example, Ashis, that it’s not about connections,” Cuban said. “It’s not about who you know. Effort. It’s all about how hard you’re willing to work to getting something done.”

To make the donation go even further, Comcast, the parent company of NBC, announced that it would match the number of coats collected.

“I’m very, very grateful and happy to be in a position where I am to bring my community together and make an impact,” said Dhakal.

See Ashis in action in the below video link.  His tireless passion for doing good and helping others is infectious!

be kind . be grace . give from the heart