Day 10 – A Team Effort in Realizing a Dream 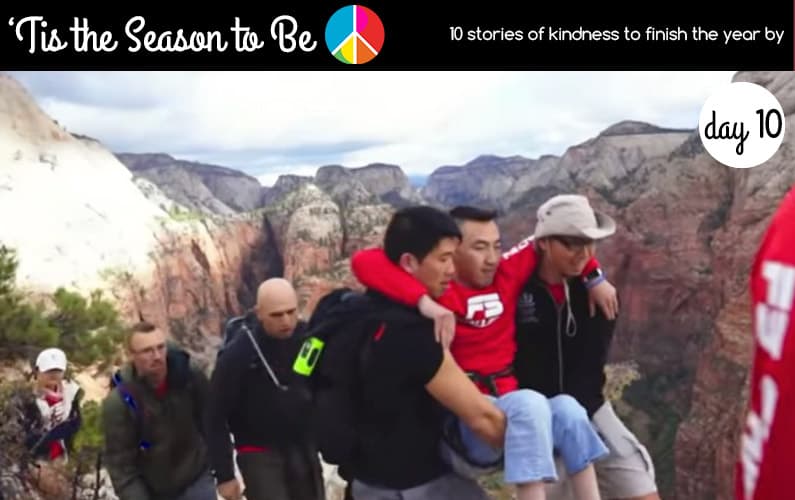 A man with muscular dystrophy was brought to tears when his friends carried him up one of the most challenging hiking routes in the world. The Angels Landing Hike is considered to be one of the prettiest – and most dangerous – climbs in the United States, and Shue Vang’s condition meant that there was no way he could complete it on his own. But Shue’s friend, Calvin Kim, decided to help, recruiting 31 others who committed to making sure Shue, 29, achieve his goal of completing the climb. In wholesome footage captured of the epic climb, Calvin and his team can be seen taking it in turns lifting Shue up the route in Zion National Park, Utah – the summit of which is around 5,800 feet. At some points, the team are on the edges of steep ledges, shuffling along in single file and using ropes to transport 130-pound Shue safely. Eight members of the group took it in turns carrying Shue using a special backpack during the most difficult parts of the route on September 29. When they reached the summit of Angels Landing, Shue was brought to tears by the emotion of the climb.

We can NEVER get too many stories of Kindness, tales of Compassion, or expressions of Peace.  I wanted to end 2019 with a blast of GOOD NEWS with the hope that 2020 will ring in with LOVE.

“Be the CHANGE you want to SEE in the World.”  ~Mahatma Gandhi