Making a Stand Against Plastic Waste 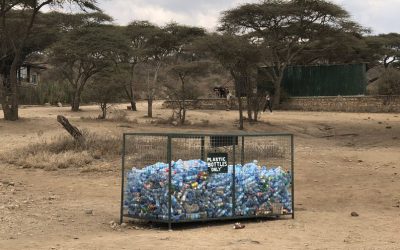 I recently came home from a trip of a lifetime on a photo safari in the Serengeti, Tanzania.  Our adventure just happened to coincide with a new ban on plastic the Tanzanian government began enforcing this past July 2019.  My husband and I received a travel advisory stating the new regulations and restrictions and I must admit it really caused me pause to see how much plastic I had used in my preliminary packing!  This eye opening challenge lead me to purchasing multi-use silicone bags and cloth sacks to replace the standard ‘ziplock’ fare I have become used to.  I am SO grateful now for this life lesson and new norm for my family and I.

This new mandate I’m sure comes at great cost to the country of Tanzania, and those other countries that have joined in this effort to limit and cut plastics in their environment, and I truly appreciate their stand in making a difference and setting this precedence toward healing our Earth.
~ Kate

DODOMA (Reuters) – Tanzania plans to ban the production, importation, sale and use of all single-use plastic bags by July, to help tackle pollution from non-biodegradable waste.

The East African nation is the latest country to make a formal commitment to phase out single-use non-biodegradable plastics, which have been identified by the United Nations as one of the world’s biggest environmental challenges.

Of the 9 billion tonnes of plastic the world has produced, only 9 percent has been recycled, according to U.N. estimates.

Tanzania will join more than 60 other countries that have banned, partly banned or taxed single-use plastic bags, including China, France, Kenya, Rwanda and Italy.

In August 2017, neighbouring Kenya introduced one of the world’s toughest bans on plastic bags mandating four years in prison or a fine of $40,000 for even using one.

“The regulations are ready for publication … it is possible that July 1 will mark the end of the use of plastics in the country,” Tanzania’s Environment Minister January Makamba told Parliament on Monday.

Makamba said a formal announcement on the ban of single-use plastic bags in Tanzania would likely be made later this month.