An Unexpected Journey to Motherhood 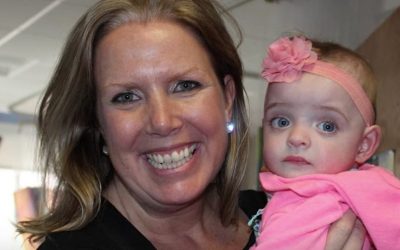 What I love so much about this story is the unexpected journey that took place for Liz Smith and her daughter Gisele.  It reminds me of the importance of being open to all that life has to offer … gifts are just around the corner.

During the first five months of her stay at Franciscan Children’s hospital in Boston, baby Gisele didn’t have a single visitor.  She’d become a ward of the state at 3 months old and had complex medical needs caused by exposure to opioids in the womb.  Nursing director Liz Smith spotted the tiny 8-month old Gisele while walking the wards one day and was instantly smitten.

“I went to see her every day,” said Smith, who’d always hoped to be a mom but found out shortly before meeting Gisele that she would not be able to have her own.  She signed up to foster Gisele and late last year formally adopted her.  The now 2-year-old Gisele is thriving.  As for Smith – “I couldn’t be happier,” she says.